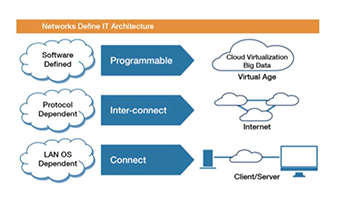 It is difficult to get one definition of SDN - interpretations vary. The purist would say it’s a separation of the data and control planes using a controller to communicate between the two. This was the original thesis of OpenFlow. Network virtualization, as driven by VMware/Nicira and Arista, has emerged as one of the most compelling applications of SDN technology across a broad set of customers. However, our roots in an open and programmatic set of interfaces run deep, to the very core of how EOS has been designed. Our suite of APIs allows applications to better integrate with and drive network infrastructure. Arista believes that SDN is about scaling the control and data plane with programmatic and open interfaces in a useful way – not about replacing existing network architectures and topologies.

It is difficult to get one definition of SDN - interpretations vary. The purist would say it’s a separation of the data and... 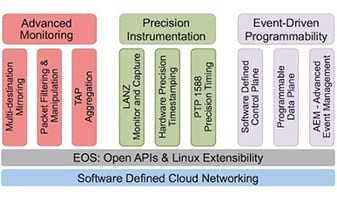 For the past 5 years, Arista has been setting the agenda for software defined cloud networking. We are not addressing the... 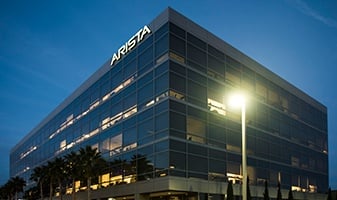 Every year I like to reflect upon my beginning of year predictions and compare them with the reality of what actually...

SDN is about Programmable Networking

The hype of Software Defined Networking (SDN) is alive and well. Many are advocating changing the classical IP model and... 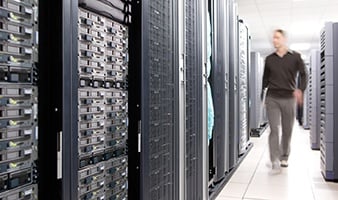 The Many Facets of Software-Defined Switching

In recent times many Software Defined Networking (SDN) advocates are seeking to establish a new paradigm of networking that...

The Power of Programmable Cloud Networking

For past few decades, our internetworks have been built and have operated in a decentralized manner, thus avoiding the... 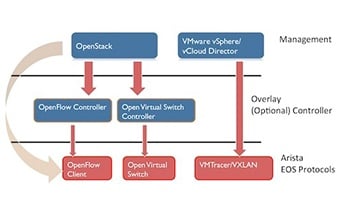 The recent rhetoric on SDN (Software Defined Networking) promotes overlay network controllers as an approach to the problem...

Since I last blogged about Software Defined Networking last year industry discussion on this topic has risen to the highest...

Application Based Cloud Networking - The Next Frontier

Networking over the past two decades has mostly been about raw connectivity. Rarely have applications been tuned and...

As we enter 2012, the networking industry faces much need for a return to focusing on simplicity and standards amidst the...

By Jayshree Ullal on Jan 30, 2012 8:48:07 PM
END_OF_DOCUMENT_TOKEN_TO_BE_REPLACED
Opinions expressed here are the personal opinions of the original authors, not of Arista Networks. The content is provided for informational purposes only and is not meant to be an endorsement or representation by Arista Networks or any other party.
Written by
Copyright © 2018 Arista Networks. All rights reserved.